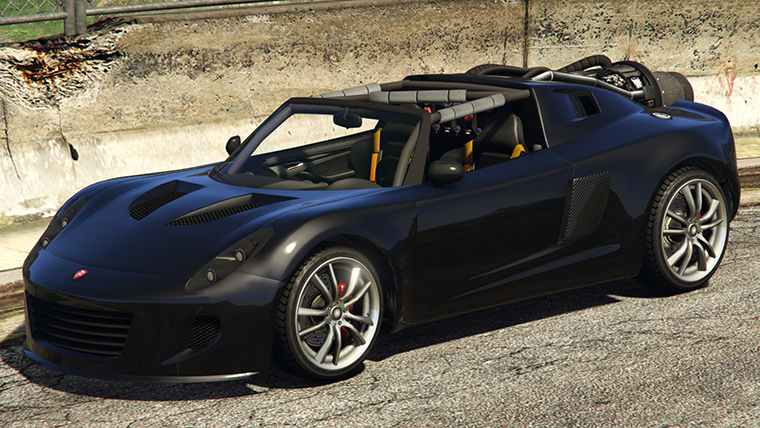 Grand Theft Auto 5 is back with another awesome update. The update adds up to 20 new stunts races to the game to highlight the abilities of the Blazer Aqua, Rocket Voltic, and Ruiner 2000 racers. As you may have already guessed, the updates bring more fun into the game. We take a closer look.

There’s been a ton of crazy car additions in the new stunt update. However, these cars below are the best of the best as they as really fun to use and offer up something totally different.

The Ruiner 2000 is an exciting racer. It comes with a parachute that you must use give your car the power it needs to move and hop around the track. There are barriers on the course that you have to jump over. The parachute also comes in handy if you have to survive the long gaps and shortcuts dotted along the track.

The Ruiner 2000 stunt tracks are indeed enjoyable, especially with a large group of racers. As the race starts, you can begin to hop over other drivers or use the parachute to glide over sharp turns. While the new race appears to be more hectic, it is intriguing at the same time. You can use the Ruiner to win races or knock your opponents off the track. However, Rockstar has removed the used of missiles during races.

Rocket Voltic racer stunts are fun too. In essence, the Rocket Voltic is a car powered by a large rocket engine. The racer is remarkably fast and usually, moves in one direction. You may not accomplish as many stunts with the Voltic as you would with the Ruiner 2000, but the experience is thrilling all the same.

You can use the Voltic’s rocket engine to gain a speed boost. As a matter of fact, Voltic tracks are all about knowing when to bolster your car. For instance, if you use the engine while turning, you can gain an advantage over other competitors who are riding slowly. However, you have to be careful not to fly off the track or crash.

Again, if your timing is right, you can use the boost once in the air, allowing you to fly over broad sections of straightaways or down tunnels.

The Blazer Aqua is a racer that can convert into a jet ski. While it lacks speed, it is a ‘cool” vehicle. Nonetheless, you should know that it doesn’t go around turns fast and moves slowly on uphill sections of the track. That said, you can use it to pull stunts such as diving deep under water and flying out like a dolphin.

The update also adds the Progen GP1 into the game, which you can buy from the Legendary Motorsport. It also happens to be one of the most expensive vehicle supercars added to the GTA 5. Also, you can now;

Of course, you can shift between the three modes; Ruiner, Rocket Voltic, and Blazer Aqua depending on the races that want to try.