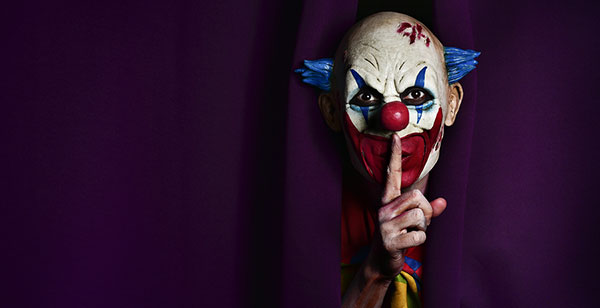 Halloween is just around the corner and the GTA 5 developers have a special treat in store for lovers of the game that will make this scary season a memorable one. Previous patches, like the biker gang DLC released just a few days ago, have been big hits. If the rumors doing rounds are anything to go by, then the upcoming GTA 5 Halloween update should be just as good.

This year’s update will see a return of last year’s Angels v Demons adversary mode but, this time, it will be called ‘Lost v Damned’. Players will score points at particular times of the day depending on which side they chose to play for. Taking out rival members during their half of the day will cause the rival team to lose any points earned.

Two more additional modes will also be included in the GTA 5 Halloween update: Deadline and Kill Quota. New special cars will be available in the Deadline mode and vehicles such as Vortex, Shotaro and Raptor are believed to be among them. The Slasher mode from last year’s Halloween is also expected to make a comeback.

This particular update will include new in-game weather that will set the theme for Halloween. The weather is not really that much different during the daytime. It is just a little bit brighter than usual; however, it’s a whole different story at night. The sky is green (also slightly orange), and the game has the feel of a horror movie about it as a result.

Unfortunately, the new weather is not permanent, as it’s only for Halloween. Moreover, it will only be available in the new adversary game mode.

Rockstar will be adding the Sanctus motorbike to the game. It has a skull on the front end with glowing red eyes and is just the perfect vehicle for Halloween. Riding it down the streets under the green sky of a dark Halloween night will have you feeling like Nicholas Cage straight out of the ghost rider movies. It’s definitely one feature a lot of GTA fans will be looking forward to.

New weapons, in line with the spirit of GTA 5 Halloween, are also expected to be introduced into the game. The chainsaw, which is thought to be among these weapons, will allow you to recreate your own version of the Texas Chain Saw Massacre and get your inner slasher on.

No Halloween is complete without scary masks and costumes to go with it. Therefore, Rockstar will most certainly be adding new masks and face paints that will ensure you get your spook on. There might also be new character actions similar to last year’s freak out, something along the lines of fear and panic.

If you are not a huge fan of trick or treating or if you prefer to do something different this Halloween, then GTA 5 has got your back. The new update will be out any day now so remember to save up your money for the new cars and costumes because they will be a bit expensive. The Sanctus, for example, goes for 2 million dollars. If you are low on in-game cash, then get to work! You cannot afford to miss out on the fun with the GTA 5 Halloween update!